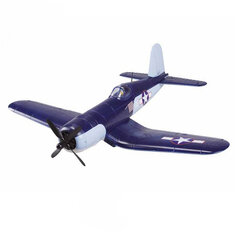 The Vought F4U Corsair is an American fighter aircraft that saw service primarily in World War II and the Korean War. Demand for the aircraft soon overwhelmed Vought's manufacturing capability, resulting in production by Goodyear and Brewster: Goodyear-built Corsairs were designated FG and Brewster-built aircraft F3A. From the first prototype delivery to the U.S. Navy in 1940, to final delivery in 1953 to the French, 12,571 F4U Corsairs were manufactured, in 16 separate models, in the longest production run of any piston-engined fighter in U.S. history (1942–53).
The Corsair was designed as a carrier-based aircraft but its difficult carrier landing performance rendered it unsuitable for Navy use until the carrier landing issues were overcome by the Royal Navy Fleet Air Arm. The Corsair thus came to and retained prominence in its area of greatest deployment: land based use by the U.S. Marines. The role of the dominant U.S. carrier based fighter in the second part of the war was thus filled by the Grumman F6F Hellcat, powered by the same Double Wasp engine first flown on the Corsair's first prototype in 1940. The Corsair served to a lesser degree in the U.S. Navy. In addition to its use by the U.S. and British, the Corsair was also used by the Royal New Zealand Air Force, the French Navy Aéronavale and other, smaller, air forces until the 1960s. Some Japanese pilots regarded it as the most formidable American fighter of World War II, and the U.S. Navy counted an 11:1 kill ratio with the F4U Corsair.
After the carrier landing issues had been tackled, it quickly became the most capable carrier-based fighter-bomber of World War II. The Corsair served almost exclusively as a fighter-bomber throughout the Korean War and during the French colonial wars in Indochina and Algeria.
Specifications:
Item Name: F4U-1A Corsair
Material: EPS fuselage + hot pressboard main wing
Wingspan: 680mm
Length: 565mm
Flying Weight: 270g
Motor: 2000KV brushless outrunner motor
ESC: 12A
Servo: 9g *3
Propeller: 6 inch 4-blade
CG: Back away from the leading edge of the main wing for 25%
Recommended Part Sold On Our Site (Not Included):
Battery: 2S 7.4V 650mAh 20C LiPo
Charger: SkyRC balance charger Click here
Radio System: 2.4G 4CH Click here
Features:
EPS material,beautiful painting,good workmanship.
Stable performance,can do side flight,inverted flight,roll and so on.
Note: The PNP version does not include transmitter,receiver,battery and charger.
Package Included:
1x F4U-1A Corsair 680mm Warbird PNP 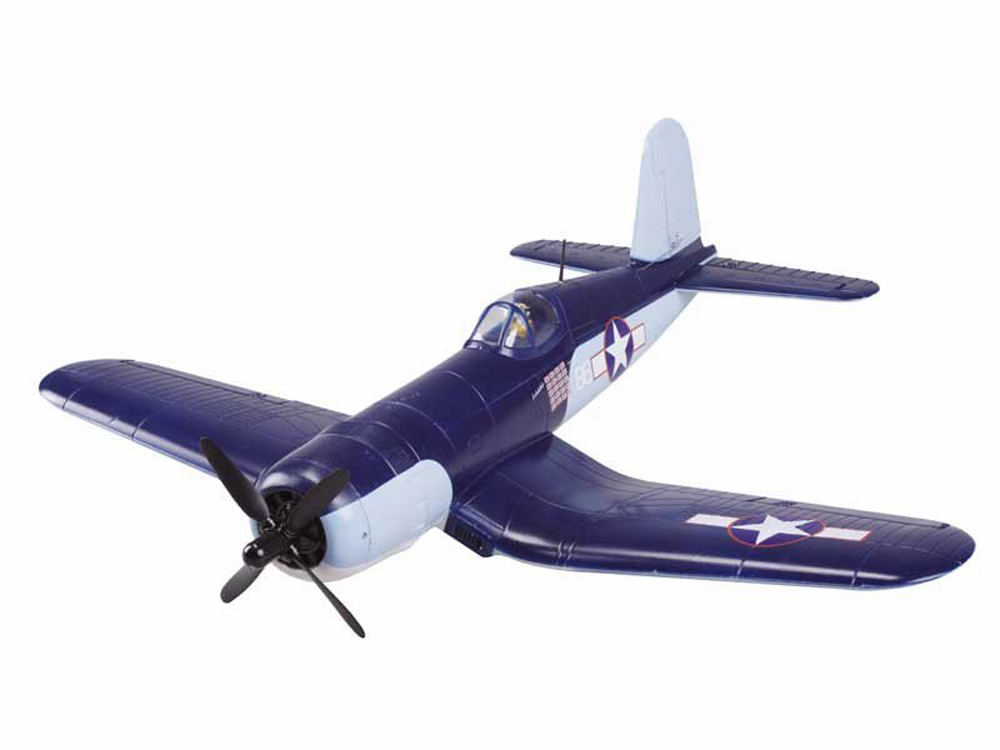 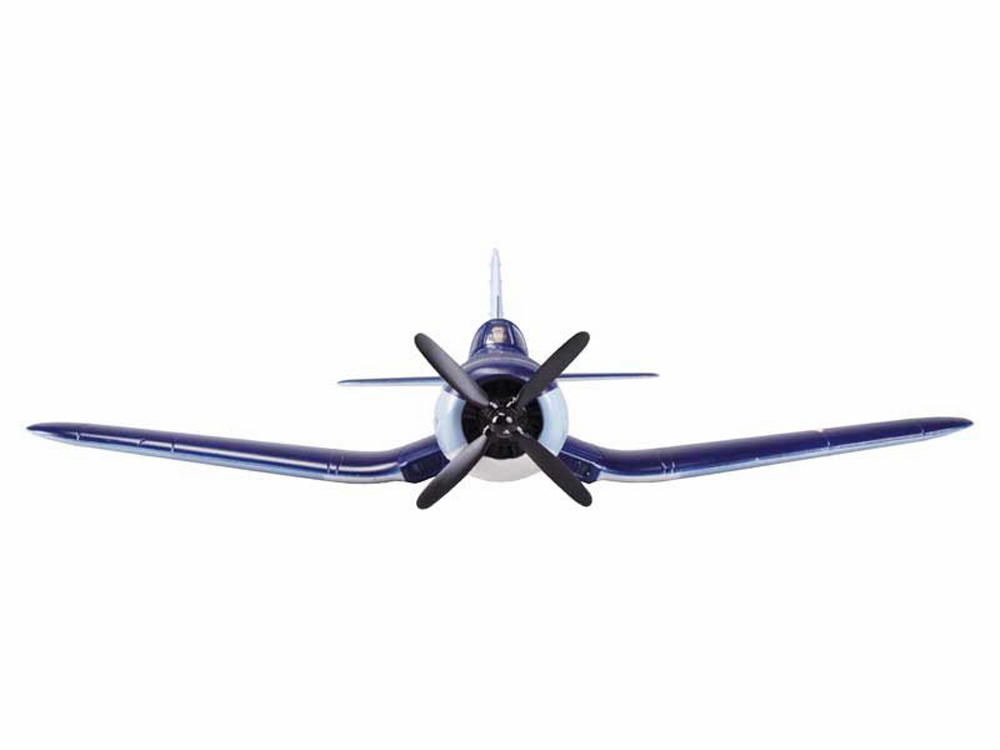 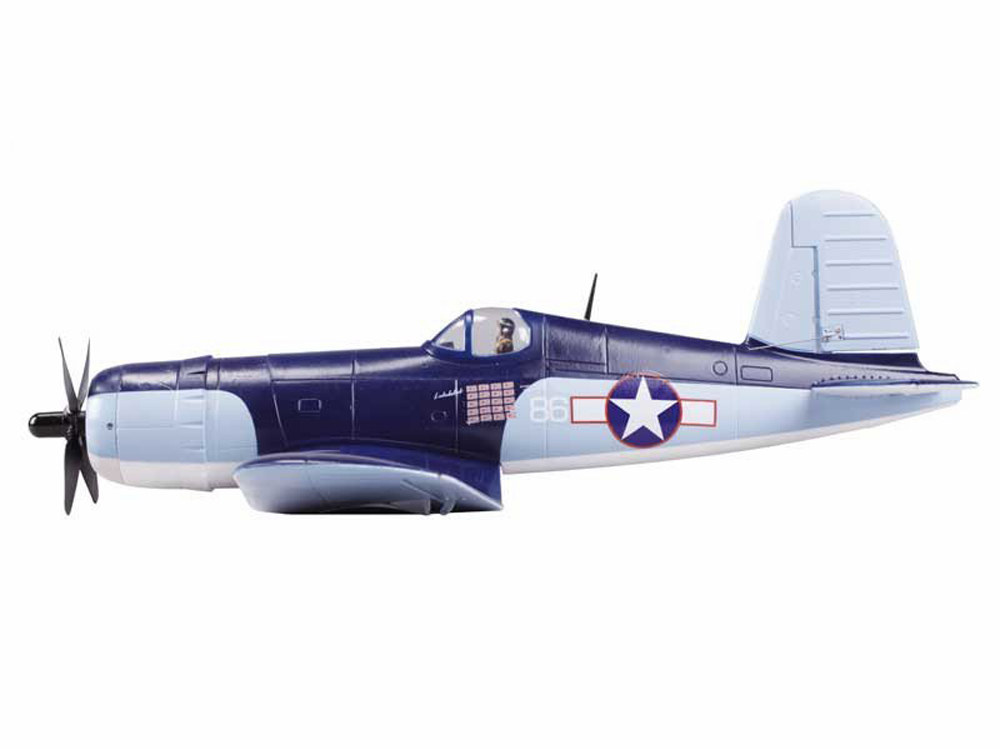 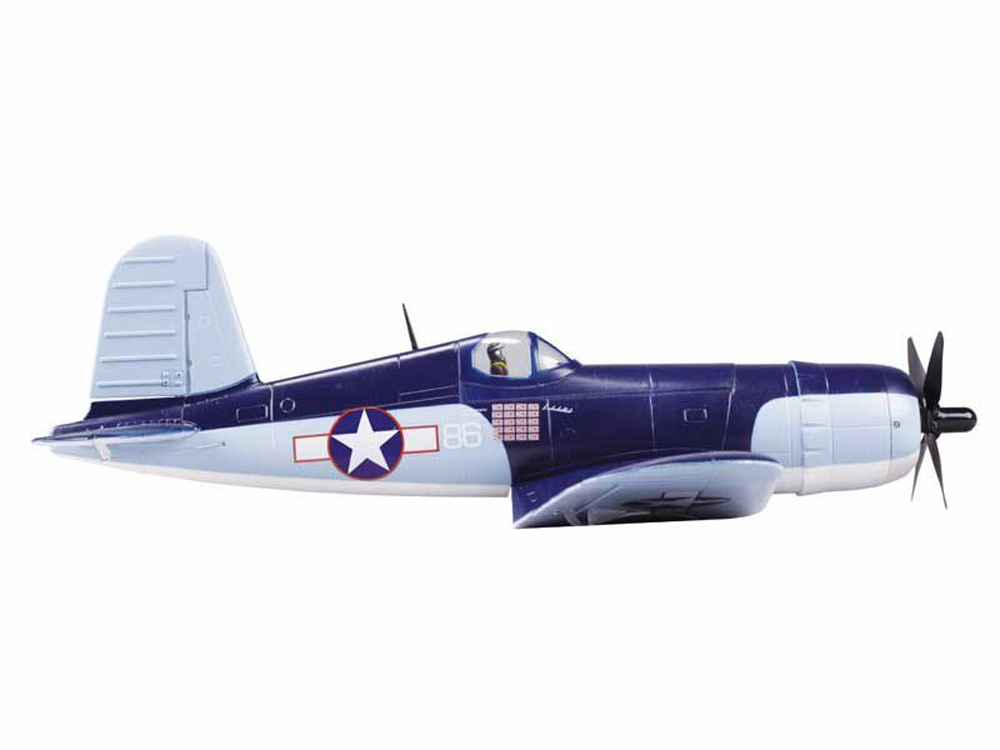